The earliest form of public service announcement was observed during World War II with the “Loose lips might sink ships” campaign in the United States and the United Kingdom.

This message was made by the War Advertising Office and used by the United States Office of War Information. It was made to educate the citizens to avoid unguarded talk about any information they had. 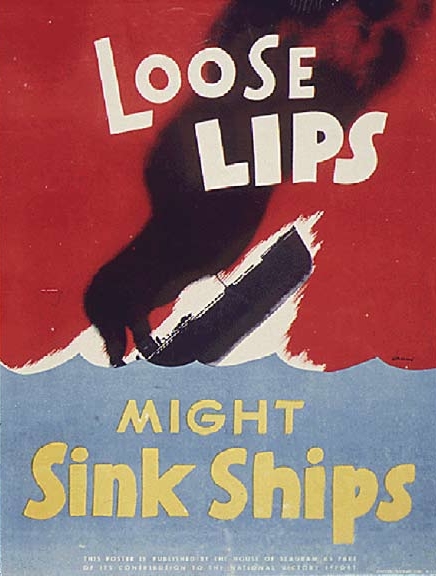 Since then, public service announcements have come a long way.

They have become an effective tool in terms of giving a narrative, promoting a cause, bringing about positive change, increasing the awareness and visibility of charities and causes by educating the public.

One might think that the use of public service announcements is confined to larger non-profit organizations. However, this is not true.

Any organization with a strong enough message that could help the community can benefit from making a PSA.

Corporations can also choose to further a cause by funding and airing PSA about worthy causes. Not only it will help a tax-exempted limited budget NGO but also help humanize the corporation.

The social responsibility angle comes in very handy while branding. It is a classic two-birds-with-one-stone situation.

These are some of the ways you could use animation for your public service messages and announcements. Keeping the public interest as the main objective has to be the main ingredient.

Why use animation for making PSAs

Animated PSAs have proven to be very instrumental in grabbing the attention of the viewer and influencing the behavior of the viewers giving way to favorable attitudes.

As the Social Management Research Journal has proved in one of their researches, there is a significant difference in the response of students to animated PSAs.

They are more accepting of a message given to them by animated characters. The messages that educated college students about public health and safety were positively received by them.

It was propounded that public service announcements and messages that left memorable and enjoyable feelings on the mind of the viewer are more likely to be shared on social media. This wide sharing opens the floor to discussion about these messages with friends and family.

This results in furthering the message and translates into positive actions in avoiding and preventing disease and practicing safe behavior.

Another reason why you should use animation for public service announcement is that if you want to release the message internationally, it is very easy to dub the characters or the voice-over narration in different languages.

With a PSA, generating an impact huge enough that translates into actions is a tricky thing. Several techniques are being used in that regard. The animation is one of them.

Things to be mindful of

While making an animated PSA, it is very easy to deviate from some of the things that make the message strong, powerful, and effective.

Make sure you keep the key elements of how to make a PSA in mind.

Best animated PSAs and how they have done it

This incredibly powerful and grave animated public service announcement draws the correlation between poaching and terrorism.

It is a combination of live footage with white text over dark and beautiful animated sequences.

The thing that stands out the most about this video is the haunting sound effects with the lack of dialogue. There are no central characters as well.

Just a very strong narrative by way of beautiful white font that is bound to leave an impact. Excluding all of this detail from the animation gives room for the necessary to speak.

After some intervals, there is archive footage to remind us what is being said in the footage is very real indeed, helping us absorb the message.

The money trail of the poached ivory is being followed making its way into the hands of some major terrorist organizations.

This puts the people who buy ivory in a position of responsibility. The urgency of the call to action drives the viewer to stop what could potentially cause the extinction of elephants in the next 11 years and strengthen these terrorist organizations.

This could also move someone to become a part of the cause.

This video was asked to be created by an unnamed fast-food chain. The video is a combination of animation and live-action.

The use of somber gray and black tones with symmetrical red graphics does a very good job of representing the numeric data for this issue.

Factual data from reliable sources coupled with smooth flowing visuals make the video very captivating and engaging. The message has been delivered with its full force.

This animated PSA gave out by the Center for Disease Control about gynecological cancer. This video is very nice and breezy because of the color palette that has been used and soft-spoken narration.

It makes it very easy for the audience to understand this video because the animated characters are all-inclusive appearance-wise.

The women are of all shapes and colors and the storyboard does an ample job at demonstrated these very prevalent symptoms of gynecological cancer.

The cute character helps create a sense of sympathy and an urge to help him. Or at least to know more about his condition.

If it were a live-action video, this video may not have struck a chord that hard with us.

The line animation keeps the visuals simple and uncomplicated.

This is a public service announcement for students in their teens. This employs the use of motion graphics with peppy features and a fast pace that would speak to the demographic.

The animation is minimalistic and the narration is strongly worded.

The message is straight forward and clear cut. There is minimal use of complicated effects and the theme is simple and rustic.

This animated PSA by the Center for Disease Control is a simple pencil-drawn, whiteboard animation that stipulates different reasons as narrated by the people of why they don’t get the flu shot.

The reason that this public service announcement video is so effective is that relatability is strong with this entire narrative.

The minimalist theme prevents the message from getting lost in translation. There is nothing extra that will distract you from the message.

The most dominant theme in this video is familial connectivity and that has been given a very real visual representation by joining all the characters on one line.

This public service announcement is directed towards the solicitors that do wills. The style of animation used in this is stop motion animation from cropped images.

This video urges them to ask their clients if they want to include a charity in their will. They have used statistical data in an impactful visual format.

It makes the video engaging and compelling.

This PSA uses statistical data to bring the issue of senior loneliness to the front of the table for us and it does so in the lightest manner possible.

Making a video that could move the viewer to care about older people has to be fun and engaging because the subject is pretty dry on its own.

How did they do that? By using cute animal characters narrating the experience of the elderly. This makes the message much more palatable.

It also gives the old people ideas about what to look forward to on their journey ahead.

Adult relationships are complicated. This hearty public service announcement tries to simplify the concept of consent in intimate relationships in a very humorous way using tea as a metaphor for sex.

Stick figure animation on a white background trying to explain such a layered concept adds an incredible amount of humor.

The metaphor of tea with a thick British accent is also what adds to the charm of the video.

These are some of the many interesting animated PSAs out there that prove that public service doesn’t have to be dull or boring.

If you want to have an animated public service announcement designed, feel free to reach out to MotionCue.