Did you know that 68% of consumers said they watch video content on their mobile phones? And similar to how watching content isn’t just limited to cinemas and TV, filmmaking isn’t exclusive to big-budget production studios either.

With the phones and software we have today, anyone can create impressive videos. Just take a look at these movies that were shot on phones.

But, of course, shooting the video isn’t all it takes. You’ve got to edit it like a pro, too.

And guess what, if you don’t want to edit on your computer, you could just do it on your phone with a video editing app.

In this post, we’ll talk about some of the best video editing apps for iPhone. Let’s dive in.

LumaTouch, a group of video editors who build cutting-edge tools for other creatives and consumers, founded LumaFusion.

It’s one of the most favored apps in the App Store. The video editing tool’s functionality, extensive features, and rich UI have made it very popular.

Insert, overwrite, clip link, and unlink are a few of the other options available in the app’s Magnetic Timeline.

You’ll also get regular updates so if there ever is an issue with the app, it won’t bother you for long.

LumaFusion is a complete app for video editors. It is the closest thing to a desktop video editing app.

The app costs $29.99 and includes some in-app features 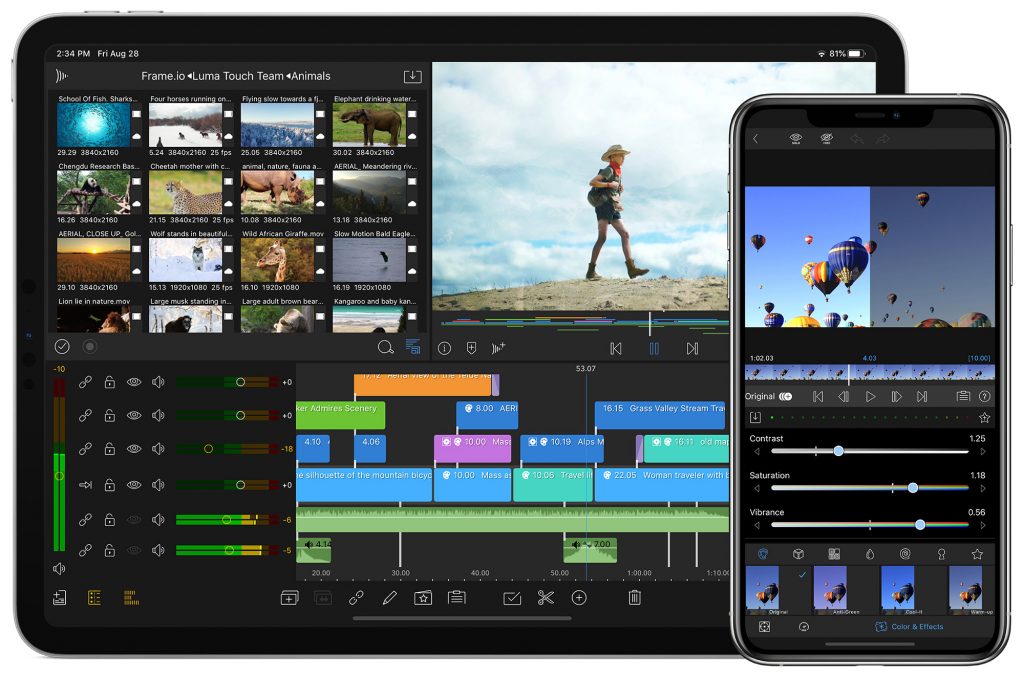 Read more: 10 Best Commercials That Put Apple on the Map

Our list of the “best video editing apps for iPhone” would be incomplete without one of the originals aka iMovie. It made its debut in 1999 and was designed by Apple for iOS and macOS users.

With a simple interface and basic video editing features, you won’t be disappointed. You can choose from limited filters and themes when you use the app.

iMovie also includes a limited library of sound effects and music. iMovie is a useful tool for trimming clips with finger movements while also adding transitions, audio, and other effects.

You don’t have to be a pro to use this app. Apple regularly updates the app and adds new relevant features for users. And since it’s Apple, you can use iCloud and AirDrop for the final edited product.

iMovie comes pre-installed with a lot of iOS devices and it’s free. 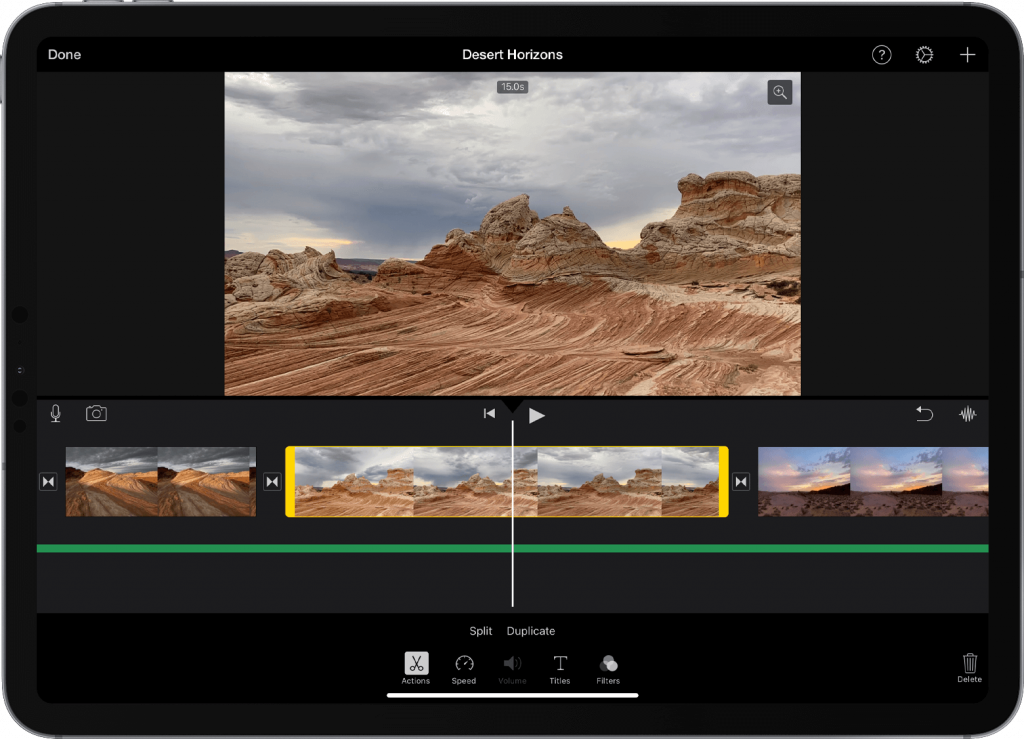 Quik was developed by GoPro and was formerly known as Replay.

GoPro designed it to edit fun and fast videos. This app is a great option for iOS video editors. You can trim, rearrange, zoom, and rotate your videos with Quik.

It also has a smart cut tool that trims videos for you. The app lets you import photographs and videos from your photo library, as well as from your Facebook and Instagram accounts.

The Flashbacks 24H feature analyses the footage from the previous day and makes a unique composite video for you.

Adobe Premiere Rush is a mobile and desktop video editing app. It is easier to navigate compared to its desktop-exclusive software Adobe Premiere Pro.

The main focus of Premiere Rush is to create videos according to the layout of each social media platform.

For instance, it automatically adapts your videos to the dimensions and quality levels required by each platform. This is one of the reasons why it’s a great app for people who want to experiment with video editing.

It also includes a tutorial walkthrough when you first launch the app.

Its $9.99 per month for the CC license (includes 100GB of cloud storage and access to Adobe Fonts, Adobe Portfolio, and Adobe Sparks).

Users can pick it from month to month depending on the needs.

Read more: 50 YouTube Video Ideas for Your Business [with Examples]

KineMaster uses a multi-layer interface and allows you to take, edit, and export video from your phone. The company has aimed to feature tools that will appeal to professionals since the start.

KineMaster is one of the greatest video editing tools for trimming clips and layers with frame-by-frame granularity.

It’s fast and efficient. The timing of audio clips can also be modified with sub-frame precision. With KineMaster, you can work with many video tracks at once and edit them as you like.

KineMaster also allows you to export your project in up to 4K and 60 frames per second, which is an extremely useful tool.

This app is similar to editing apps designed for desktops, it may look cluttered on phone but it is a powerful tool.

It is available for free but the cost of the premium subscription fee for Kinemaster is $4.99 per month or $39.99 per year.

The video editing app Splice was developed by GoPro but is now owned by Bending Spoons.

This app might seem a bit different from others for iPhone because it was designed specifically for social media content.

Splice has an audio library where you can not only record voiceovers, add sound effects, but also, use music as a visual backdrop.

And best of all, it’s very simple to use. All you have to do is add the videos that you want to edit.

You can then mark the important parts of a video as “Hilights”. Splice automatically clips the entire video following the Hilights that you marked.

Splice app is available for free but to access all the features you’ll have to make some in-app purchases.

Developed by CyberLink, PowerDirector is another great option for editing on the iPhone.

It has simple and useful tools, a clean user interface, monthly preset, and plug-in releases that allow you to personalize your projects with a few taps on your iPhone.

PowerDirector can also combine videos and photos in one clip. From compositing to speed adjustments, the software contains a wide range of visual effect options.

PowerDirector is available for free but to avail all the options and tools you need a subscription.

There are many video editing apps for iPhone—both free and paid.

In this post, we tried to narrow it down to the cream of the crop. Hope you found it helpful!

So, go ahead, download an app, and get started with video editing. It’s not as intimidating as you might imagine.

If you want to go full speed ahead with video production for your business and feel like you need help, you could get in touch with us.

We love making videos. 2D, motion graphics, and 3D are our specialties. So get in touch if you’d like.