History of Animation and its Evolution in Film

The history of animation is diverse. The evolution of animation is an ongoing process. However, what we regard as animation today came into being in the 1800s with inventions like the magic lanterns and the zoetrope.

It was when animation was brought to cinema that we began to see substantial development in successive eras of animation.

Animated cartoons came at least half a century before animated films. These included a lot, from Victorian parlor decoration to touring magic lantern shows.

Animation owes its existence to the principle of persistence of vision. This theory stipulates that if images are shown in succession at a fast pace, they will give an illusion of movement.

A brief evolutionary history of animation in entertainment

In 1834, Joseph Plateau from Belgium created a phenakistoscope, it was one of the first attempts at classical animation.

It was a cardboard disc with successive images that gave the illusion of movement once spun and viewed in the mirror.

In 1876, Emilé Reynaud in France applied the same phenomenon and devised a system to project animation into theatrical exhibitions.

He was the first to bring color and personality to animated characters through ribbons of celluloid painted by hand.

It was not long before the sprocket is driven film stock hit the animation market setting it several steps forward.

There are some defining names in the animation industry whose works are known to be pivotal in the evolution of animation as entertainment.

Blackton is also regarded as the pioneer of stop-motion animation in his short film Haunted Hotel.

Émile Cohl had copied Blackton, however, he had used a much-simplified stick figure style as opposed to the slightly elaborate cartoon animation in Haunted Hotel.

Cohl can also be regarded for making the first hand-drawn animated video.

The budding animation industry employed the serviceas of some of the best artists like Rube Goldberg, Bud Fisher, and George Herriman producing iconic animations like Mutt and Jeff and Krazy Kat.

Later as the process of animation evolved, these artists started outsourcing the services of other illustrators for design work while masterminding the projects in terms of concept execution.

Little Nemo in Slumberland (1911) and Gertie the Dinosaur (1914) are some other well-known efforts in animation by the celebrated cartoonist Winsor McCay. They are thought to be transformational for the industry.

McCay is thought to be the pioneer in the animation industry for giving a personality to his characters and a fluid movement.

McCay’s other works involve The Sinking of Lusitania (1918) which was further developed Pat Sullivan.

It was the Australian-born Sullivan that brought forth the genius of Otto Messmer, the creator of Felix of one-reel cartoons, Feline Follies.

Felix the cat soon became the template on which animal cartoons were shaped with their round heads and large eyes. This model was easy to draw for multiple frames of animation.

Felix is said to be the manual on which legendary cartoonist Walt Disney modeled most of his early characters starting with Oswald the Lucky Rabbit.

Most people would argue that Mickey Mouse was just a repurposed Oswald. However, Disney’s genius did not stop there.

Walt Disney’s sound-synchronized animations revolutionized cartoons giving them just the element of life that they were missing. Steamboat Willie (1928) took the industry by surprise.

Disney employed many more revolutionary techniques like technicolor in Flowers and Trees (1932) and music like in The Skeleton Dance.

In addition to that, he used the three-plane camera technique in Old Mill (1937). Every succession of these projects brought Disney’s cartoons closer to natural and realistic.

Disney did not accomplish this alone. He had the services of a long-time trusted companion, Ub Iwerks who played a pivotal role in the phenomenal innovations that are crowned to Disney.

Snow White and the Seven Dwarfs (1937) was the first hand-drawn animated feature film that hit the box office with a proper Hollywood style release. It was an iconic phenomenon complete with as much dramatic expression as animation could allow.

Disney released several jaw-dropping feature films that can be regarded as the epitome of photographic realism.

It is safe to say that Walt Disney and his achievements were monumental in the history of animation.

It was not long before other filmmakers realized the market had a lot of opportunity with not many people to take them.

The Fleischer Brothers were a New York-based dynamic duo that coined even more sophisticated techniques in animation while Disney was still in Kansas.

They launched and perfected the technique of rotoscoping. It’s a technique that involves drawing cartoonish images over the footage of a live-action film and playing it in succession.

The Fleischer brothers pioneered this technique in their series Out of the Inkwell that went on for a good ten years from 1919 to 1929.

This series had the unique element of real-life characters that Disney seemed to struggle with in his productions of Alice.

It was much later in 1964 that Disney was able to get a grip of the technique in his musical fantasy Marry Poppins.

However, there is a stark difference in how Disney cultivated the animation industry and how Max and Dave Fleischer did.

Disney had more of a Mother Goose and Norman Rockwall feel to his work while the Fleischers verged upon a more adult genre of animated content with urban, suggestive, and crowded animations.

Their characters were overtly sensual like Betty Boop. These cartoons made a deep cut in American association to cartoons until they dialed it way back down giving us the same cute content Disney used to. 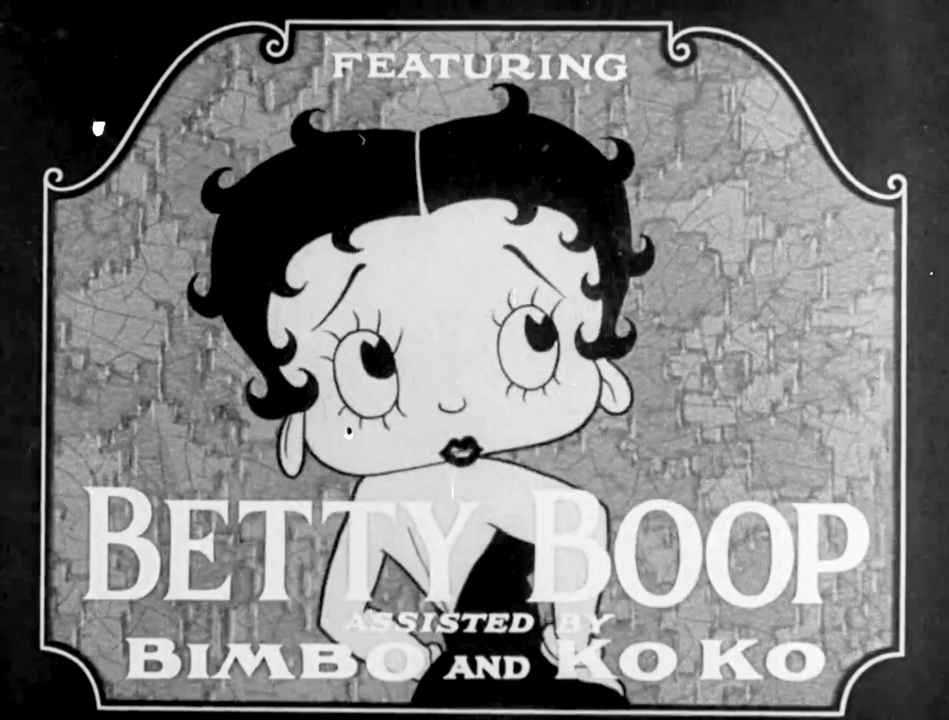 It was after Baby Wants a Bottleship, that the Fleischer studio sold their rights over to Famous Studios.

If Fleischer Studios were known for their edgy animated content, Warner Bros. took it several notches up to an almost chaotic level.

The Warner Bros. cartoon studio, Termite Terrace, was founded by some of the seasoned members of the Disney enterprise like Hugh Harmon, Rudolph Ising, and Fritz Freleng.

It wasn’t until the young and eccentric Tex Avery joined the studio that they started to get on the map in the industry.

Avery was young had an eye for talent which he recognized in his team of artists who went on to become legends on their own. They included Chuck Jones, Bob Clampett, and Bob Cannon.

Together, they added speed and quirkiness to the Warner Bros’ animation. These characters were fast, witty, and often aggressive. A great example of this is Tex Avery’s A Wild Hare (1940).

Avery went on to leave Warner Brothers and join Metro-Goldwyn-Mayer’s animation studio. This is where his character as an anarchic and chaotic animator became even more evident in works like Red Hot Riding Hood (1943) and Bad Luck Blackie (1949).

With the progress of techniques in animation, the sky was the limit to what could be done with a cartoon. Animation soon became one of the most crucial genres of entertainment, especially for kids.

With each passing day, it is becoming more sophisticated, diverse, and popular. It has opened up storytelling to possibilities.

The animation industry had been predominantly confined to the cinema until it began to adapt to television.

The major driving factor was that the average American family started to choose cartoons as their preferred entertainment medium.

Major studios started making animated series for television using the technique of limited animation in the 1960s. By the mid-80s, cartoons were a very common thing on television especially with channels like Disney and Nickelodeon.

Flinstones were the first animated series to be aired on television at prime-time. This was followed by Yogi Bear both in time and popularity. These were both Hanna-Barbera productions.

Adult animated sitcoms also became one of the most popular categories in American television. The dominant productions in this area were The Simpsons series.

In 2009, The Simpsons beat Gunsmoke for the longest-running prime-time television series. 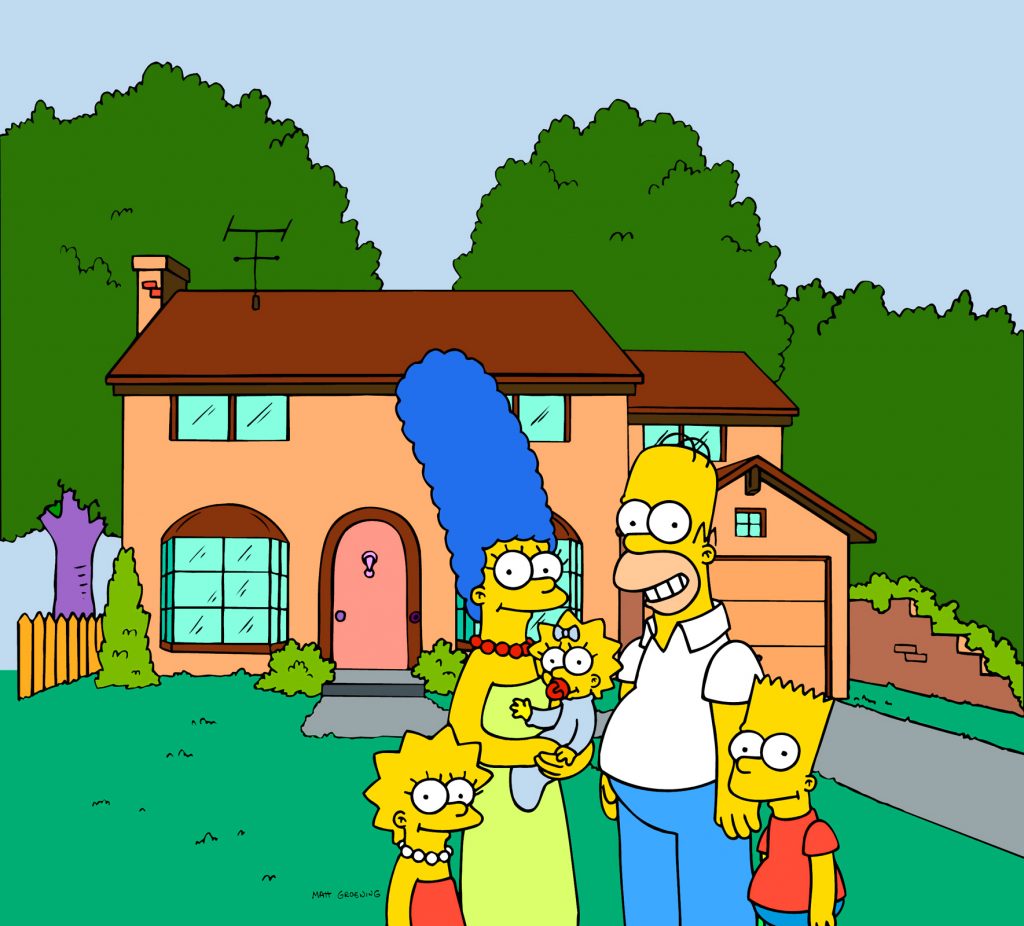 The PinkPhink was the first animated short to receive an Academy Award.

From 1980 to 2014, we have seen massive leaps of progress with 2D and 3D CGI animation. It has revolutionized the American animation industry.

In the 90s, Walt Disney Production Company and Animation Studios gave us several phenomenal feature films based on age-old fables and folklore.

Some of the iconic and notable animated films among them are The Lion King, The Princess, and the Frog, Beauty and the Beast, Tarzan, Aladdin, Mulan, Pocahontas, and Bambi.

In simple words, CGI is when you make 3D models instead of drawing. It is basically a digital version of stop motion animation.

The Graphics Group that has now evolved into Pixar is known for their first 3D animated film, The Adventures of André & Wally B. (1984).

However, it was 1995 when Pixar was able to release their first fully-animated computer feature, Toy Story. It went on to become a worldwide franchise breaking box office records.

If you are asked to summarize the history of animation, you cannot just do it in a few films.

Animation, like any other art form, is a long process of innovation and game-changing genius of artists and story-tellers. Safe to say that we have come a long way from hand-drawn stop motion although they were the foundation upon which the entire evolution of animation stands.