Kickstarter is a crowdfunding platform, based in Brooklyn, New York, that turned out to be a major game-changer. The public-benefit corporation put up shop in 2009 and ushered in an era of global community-backed patronage. The website has brought scores of creative projects and innovative ideas to life.

Since Kickstarter is a popular platform, there are a lot of people who are trying to get a piece of the action.

This makes it difficult to stand out and though there have been hundreds of thousands of successful Kickstarter campaigns, plenty more have bombed. 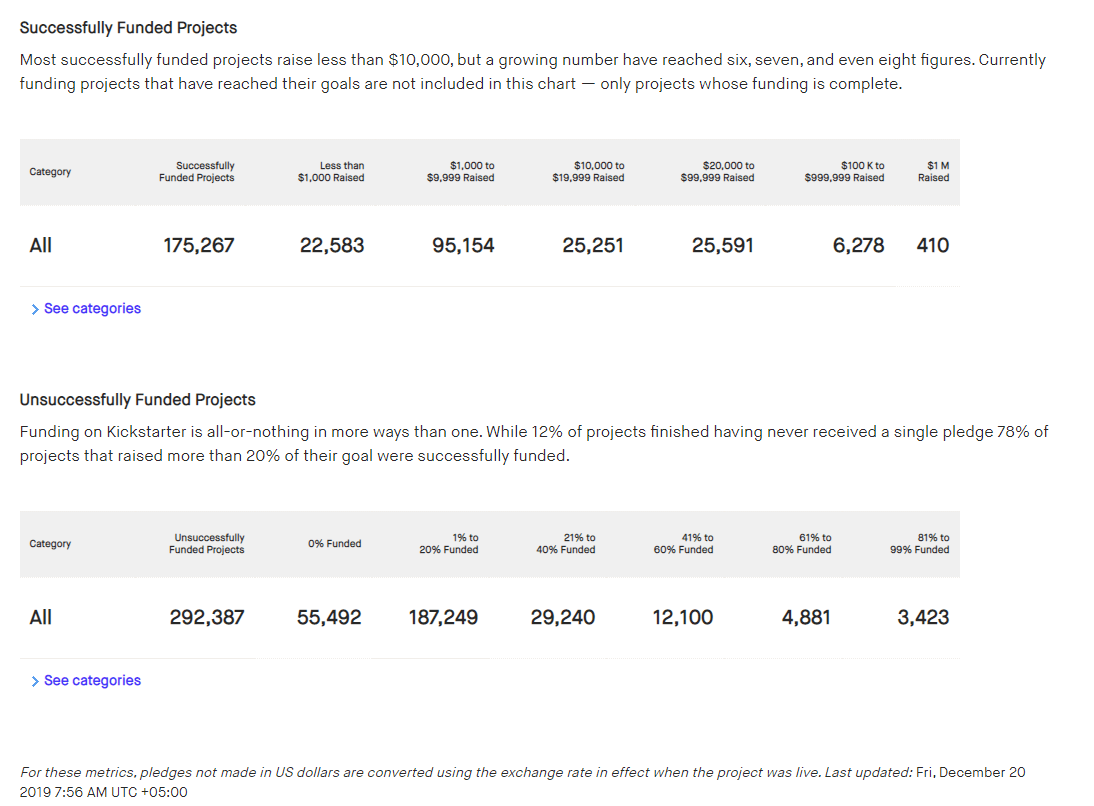 Benefits of a Kickstarter campaign backed by video production

Don’t let the metrics scare you because it’s worth noting that 48% of the projects that pitched using a Kickstarter video managed to reach their funding target while only 26% of projects without video achieved their minimum goal.

The numbers don’t lie. Incorporating video into your crowdfunding campaign is an effective way to give your project a running start and, most importantly, it won’t end up costing you an arm and a leg.

Another benefit of a Kickstarter video is that you can share it on multiple platforms to raise awareness about your campaign or business venture. The sharable quality of videos will prove to be paramount for spreading the word about your business.

Videos allow you to pitch your product idea or service to stakeholders in a compelling way. You can also explain what it’s all about briefly.

Think of it this way, you’ve probably been checking out some successful Kickstarter campaigns. What were you drawn to more, text or video?

Chances are you gravitated towards the video and then maybe just skimmed over the text.  So, if you want your project to reach its goal, now you know what to focus on.

Below, I’ve listed some amazing examples that’ll give you ideas for your own Kickstarter campaign.

Kickstarter videos that nail it

Online comic artist Matthew Inman—creator of The Oatmeal—and Elan Lee leveraged their active and supportive fan base to score one of the biggest crowdfunding projects in Kickstarter history. Their goal of $10,000 was met in only 10 minutes.

In just one month, the company secured $8,780,000 as expendable income and Exploding Kittens became a best-selling game. This success story was made possible because of excellent PR and an amazing Kickstarter video production.

BauBax saw an opportunity to make travel more comfortable and grabbed it. The company launched with the aim to create modern; minimalist; functional apparel with sustainable materials that every traveler dreams of.

BauBax’s first project on Kickstarter was for their travel jackets. They soon expanded to other clothing items and recently launched travel shoes.

The company’s latest Kickstarter video is entertaining to watch. The production tells you everything you need to know about the shows.

It’s one of those commercials you don’t want to skip even if it interrupts your YouTube binge session.

As smartphones keep getting bigger and bigger, the issue of losing your grip on your phone has become a prevalent concern. Loopy solves this problem with a simple and effective solution.

The company’s Kickstarter video is simple, engaging, and shows you just how useful the product is.

Matthew and Mark McLachlan came up with a vinyl desk toy for fidgeters who just can’t help themselves. Their product allows you to quietly fidget—anytime, anywhere—without being a nuisance.

Unfortunately for Fidget Cube, delays and missed delivery dates caused major issues. Other copycat opportunistic companies jumped at the chance and came out with their own versions of the Fidget Cube.

Despite the massive setback, Antsy lab—home of the Fidget Cube—is still up and running. The company is still coming up with new toys and products for people to enjoy.

Nebia has spent several years conducting research and testing to transform the shower concept into something luxurious and simple. The company’s latest Spa shower claims to save 65% more water compared to regular showers.

Sustainability and preserving the Earth’s natural resources lie at the heart of what Nebia does. Their mission is to save billions of gallons of water by 2021.

The company does a great job of highlighting all the important factors in their video. They show the various benefits of their product, how simple it is to set up, and how well it utilizes water.

I hope the videos listed above offered some motivation and inspiration for your own campaign.

An important thing to note is that although most explainer videos tend to be under two minutes, that same rule doesn’t necessarily apply to a Kickstarter video production.

Read more: What Makes a Video Effective and Memorable?

Some of the videos in this post are up to 5 minutes long, which is conventionally a lot longer than most marketers and video content creators recommend. This time though, there is an exception.

You have to focus on creating a video that is not only engaging but also covers all the important aspects of your product or service.

Since you are pitching to investors specifically, take your time to convince them that your idea is worth the investment. Make your stakeholders realize that you’re really on to something special with whatever it is you are offering.

Are you thinking about hiring a video production agency to handle your Kickstarter video for you? If that’s the case, feel free to get in touch with us. At MotionCue, we love to create engaging video content that inspires action.