Political Campaign Videos: How to Influence Your Audience

Media usage for political campaigning goes as back as the Gutenberg Revolution.

As soon as the written word became accessible to the masses, politicians, leaders, and activists started using it to influence them.

Over the centuries, the media for political campaigning might have evolved but the purpose remains the same – to cause emotional, attitudinal, or behavioral change among the audience.

The merger of the internet and video is by far the strongest campaigning cocktail to achieve this. One that the political entities love to serve and the audience get a kick out of.

The speed and accessibility of the internet and the higher stimulation and retention levels of the audiovisual format make online campaign videos an influential tool for political causes. 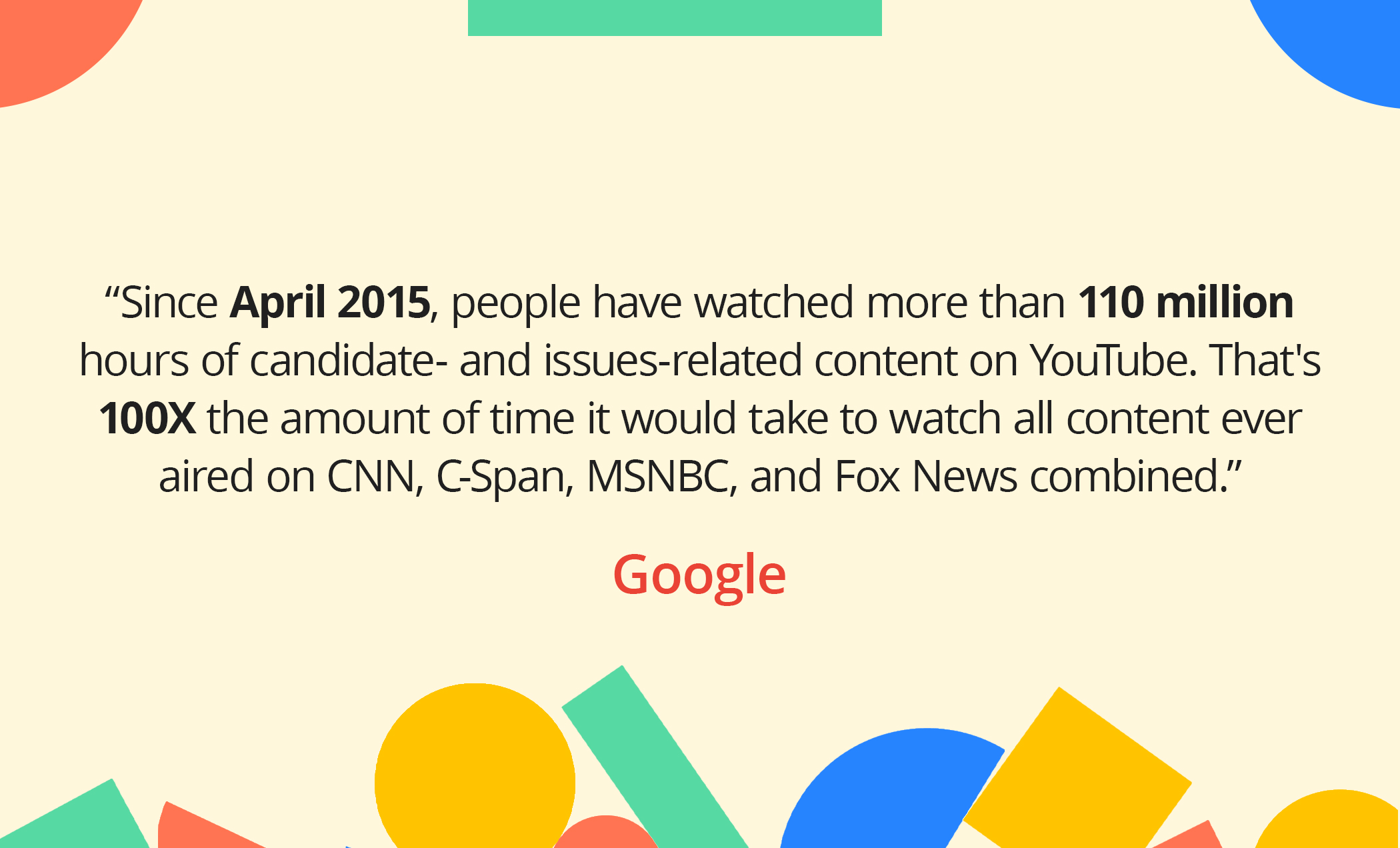 A campaign video is similar to other forms of marketing videos in essence. However you, as a political candidate, are the product and your cause is the unique selling proposition.

Since the ask is higher and there’s a lot more at stake in this context, you need to have an even clearer understanding of your audience’s idiosyncrasies.

So, this blogpost dissects the mindset of the political audience and the ins and outs of creating an effective political campaign video.

How do audiences process political messages?

Our recent survey indicated that when it comes to videos, the audiences are almost evenly split in what makes them engaging.

So essentially, there’s no shortcut here. To make a great video campaign, you need to have a gripping narrative and an aesthetic presentation.

Putting all your eggs in one basket could end up in you rolling down the landslide.

But still, curiosity begs: if both these creative approaches are significantly engaging, which one is more memorable?

Because ultimately, as a political ad creator, you want to stay top-of-mind in the long run.

Let’s back this up with theory:

At the very basic, the Elaboration Likelihood Model suggests that audience process marketing and political messages in two ways:

They ‘elaborate’ on the arguments presented in the message before making a decision.

The messages processed through this route are stickier and result in stronger persuasion. So there’s a lower chance of your opponents swinging your audience.

Information in the peripheral route is processed emotionally. The attractiveness of the source and the audiovisual quality of the message one up logic.

So, little ‘elaboration’ of the arguments happens through this route. The resulting change in attitude and behavior may be long-lasting but is easier to budge than that from the central processing route.

The ELM theory also suggests that at any point in communication the audience can either use the central or peripheral route of processing depending on several motivation factors.

So as a political ad creator, you should try to create messages that leverage both the central and peripheral routes for persuasion.

Your campaign videos should bank on visual stimulation and emotional appeals to yield engagement complemented by a rationally strong message to convert the audience.

What are the characteristics of an impactful campaign video?

1. Focus on the undecided audience

While the content of your campaign videos should be ambitious, it shouldn’t be unrealistic.

The focus of your political videos should be to keep delighting the current followers and to nurture the ones who are looking for a cause to support.

Converting the people who’ve already picked a side and are religiously following it is a tough nut to crack.

It’s usually a better idea to make the undecided voters your primary audience. Since they’re looking to pick a side, they’re usually in the shopping mode.

They carefully consider all the pitches, and their elaboration likelihood is higher. Meaning, that if you manage to persuade them through rational argument, they’ll turn into loyal followers.

Related: The Benefits of a Persona-Based Video Marketing Strategy

2. Use the marketing funnel

It’s important to not bombard your audience with your political agenda all at once.

There’s nothing more off-putting than a stranger asking you to support a cause you know nothing about.

Just like other marketing endeavors, take your audience through a funnel with your campaign videos:

This way, you can prime your audience to be ready to absorb your argument and call-to-action.

When campaign season kicks-off and candidates are presenting their stand on the hot issues, a lot of questions arise in the audiences’ minds.

That’s when the audience takes to the internet to look for answers. Google refers to these as ‘micro-moments’ and claims political content creators should have them in mind while creating campaign videos.

Your campaign videos should be able to answer the queries that could potentially arise in these moments.

To anticipate what kind of video content your audience may search for, make use of the Google Trends platform and select Filter by YouTube.

See what it means to create micro-moments in this video by Google.

The reason why campaign efforts span years is so that you can share your narrative over and over again until it sinks in the collective audience.

So, don’t create one-off campaign videos. Rather, create content that, upon repetition, turns into your brand.

To extend the life of your political videos, make sure that your message ties back to your core values and agenda.

Moreover, since you’re on a budget and often dependent on campaign donations, strategically create campaign videos that can be repurposed on multiple platforms.

Videos can be the biggest asset in your campaigning toolkit to drive action.

Just make sure to base them off audience insights, anticipate their potential queries, and hook them with both visual and mental stimulation.

Remember that change, whether attitudinal or behavioral, doesn’t happen in one fell swoop. Consistency is the key to yield results from your political campaign.

At MotionCue, we love to produce and market video content that gets results. Get in touch with us to strategize a winning campaign video.